We would like to offer our sincere support to anyone coping with grief. Enter your email below for our complimentary daily grief messages. Messages run for up to one year and you can stop at any time. Your email will not be used for any other purpose.

Share a memory
Obituary & Services
Tribute Wall
Read more about the life story of Paul and share your memory.

Mr. Paul Scott, 91, of Oakdale passed away January 19, 2023 at Roane Medical Center.  He served 4 years in the United States Air Force.  While working night shift (on the gun tower at Brush Mtn Prison) Paul was saved by God’s amazing grace.  He retired from Brushy after 30 years of service.  He was married to his loving wife for 58 years.  Paul loved the Lord and he loved his family.  His favorite thing to do was to attend church at every service.  He loved his little dog named Lola who was constantly by his side.  He is now with the Lord and his son Steve for all eternity.

He is preceded in death by his son: Steve Scott.

He is survived by his wife: Patricia Underwood Scott.

Along with many nieces, nephews, friends and loved ones.

The family will meet Thursday January 26, 2023, at 10:00 AM in the East Tennessee Veteran Cemetery in Knoxville with grandson Bro. Stone Stewart officiating.

Davis Funeral Home in Harriman is honored to serve the family of Mr. Paul Scott.

To send flowers to the family or plant a tree in memory of Paul Scott, please visit our floral store. 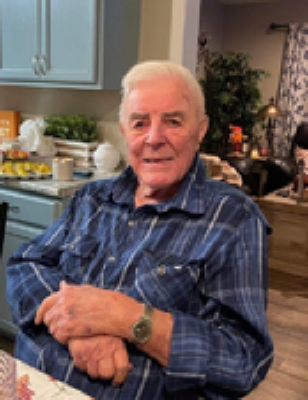 In Loving Memory Of

Look inside to read what others
have shared
Family and friends are coming together online to create a special keepsake. Every memory left on the online obituary will be automatically included in the book.

In Loving Memory Of

Look inside to read what others have shared

Family and friends are coming together online to create a special keepsake. Every memory left on the online obituary will be automatically included in the book.

You can still show your support by sending flowers directly to the family, or by planting a memorial tree in the memory of Paul Scott
SHARE OBITUARY
© 2023 Davis Funeral Home. All Rights Reserved. Funeral Home website by CFS & TA | Terms of Use | Privacy Policy | Accessibility